A Barrier to Compromise?

Four weeks into the shutdown, House Democrats will have to decide whether it’s worth spending $5.7 billion on a southern border wall to reopen the government. Spanning over 200 miles, eight steel and concrete prototypes are being tested by Border Patrol. The White House has proposed using emergency powers to build the barrier without money from Congress.

Recent polls reflect the complex nature of the debate. Americans appear opposed to the border wall, yet a majority also feel that it’s better to tightly control who comes in to the country. 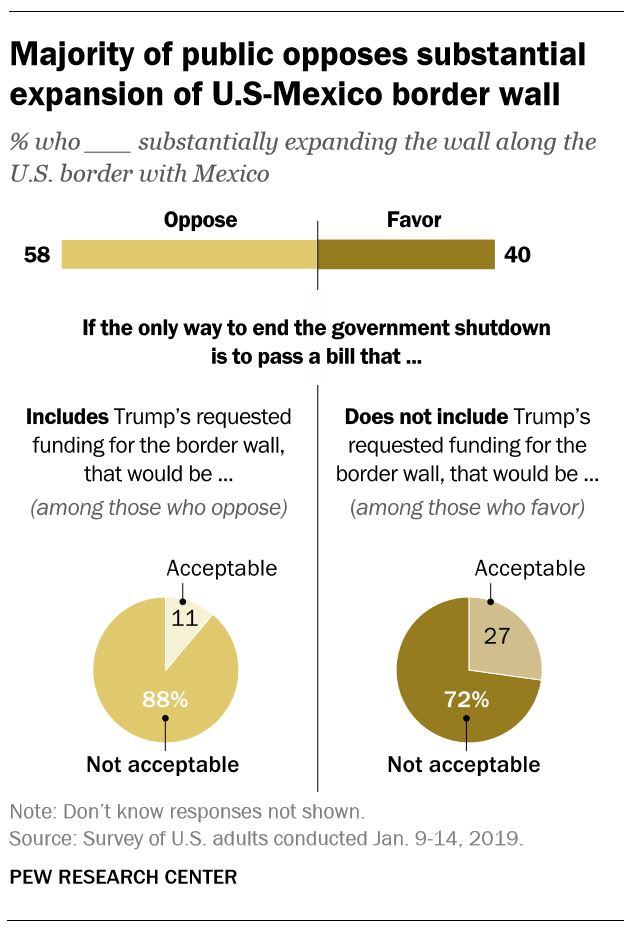 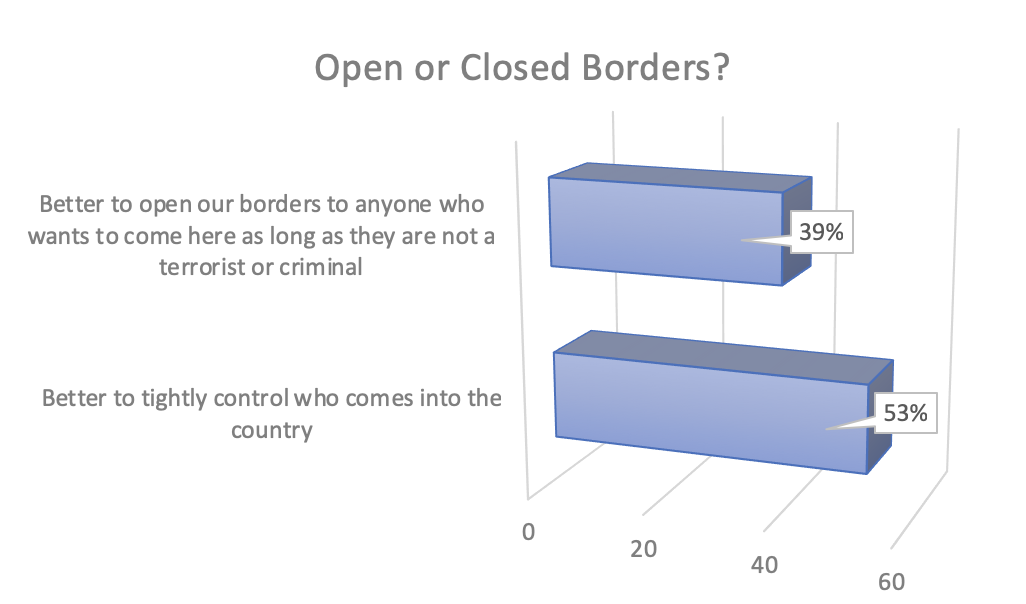 Wall, What is it Good For?

“A 2016 CMS report showed that net migration from Mexico between 2010 and 2016 dropped 11 percent. The undocumented population from Mexico dropped by an additional 400,000 from 2016 to 2017.” And people who overstayed on their visa “represented two-thirds of those who joined the undocumented” in 2014, making a border wall less persuasive.

Rep. Paul Gosar (R-A.Z.) told C-SPAN he believes the President will declare a national emergency. His office reminded the Administration that they can redirect funding from the Department of Defense and Army Corps of Engineers ($13 billion) to infrastructure projects on the southern border. They would win a lawsuit if brought to the Supreme Court, because Obama had originally created the emergency doctrine to address the migrant crisis.

It Pays For Itself

“If the number of illegal crossing[s] in 2018 was to continue for the next 10 years, the lifetime net fiscal drain from the 1.7 to two million new illegal immigrants would be $140 billion to $164 billion — $82,191 multiplied by the cost of each successful crosser. For a wall costing $5 billion to pay for itself, it would have to stop or deter 3 to 4 percent (about 60,000) of the expected successful illegal crossers over the next decade.”